Our ‘Business Bounceback’ Campaign Delivered AED 1.7m Worth Of Advertising for 24 Business In UAE & KSA

Earlier this summer, we announced a ‘Business Bounceback’ campaign where we would support companies hit hard by COVID-19 with advertising. There were over 450 applications with multiple nominees as owners, staff and customers suggested their favourite places. 12 were selected in each market, based on who we felt were impacted most. Those that didn’t make the final list, were given coverage and social media shout outs. What resulted were two separate initiatives, one on Lovin Saudi and one on Lovin Dubai, with one featured company every week for 12 weeks. They were given different elements of advertising support worth AED 25,000 each. One company said ‘This has changed our business, the phones haven’t stopped calling’. The Lovin Dubai the initiative reached over 4,800,000 reach, gained 2,840,000 views and recorded over 170,000 engagements. The Lovin Saudi initiative also achieved over 2 million reach, generating 75,000 engagements, and Over 1,6 million media views.

Here is a list of the companies supported in UAE & results 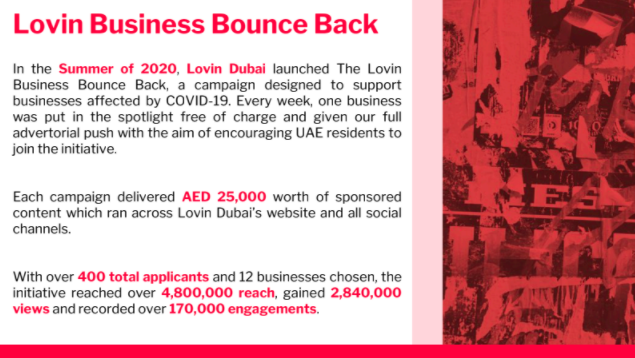 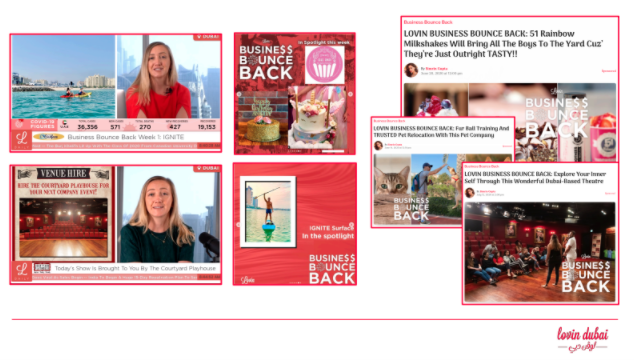 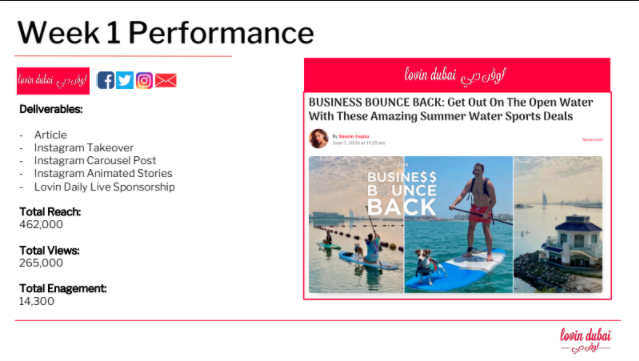 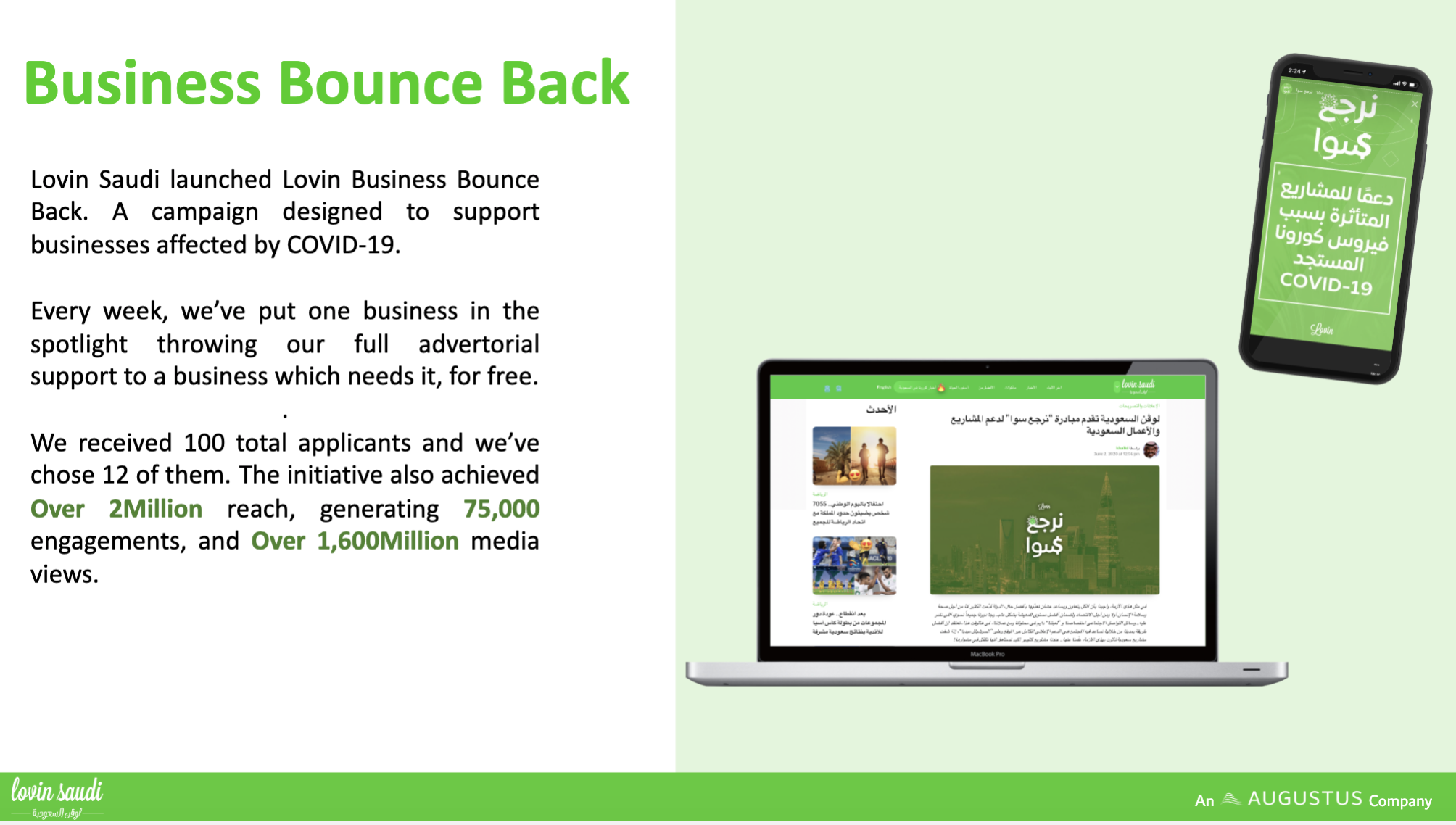 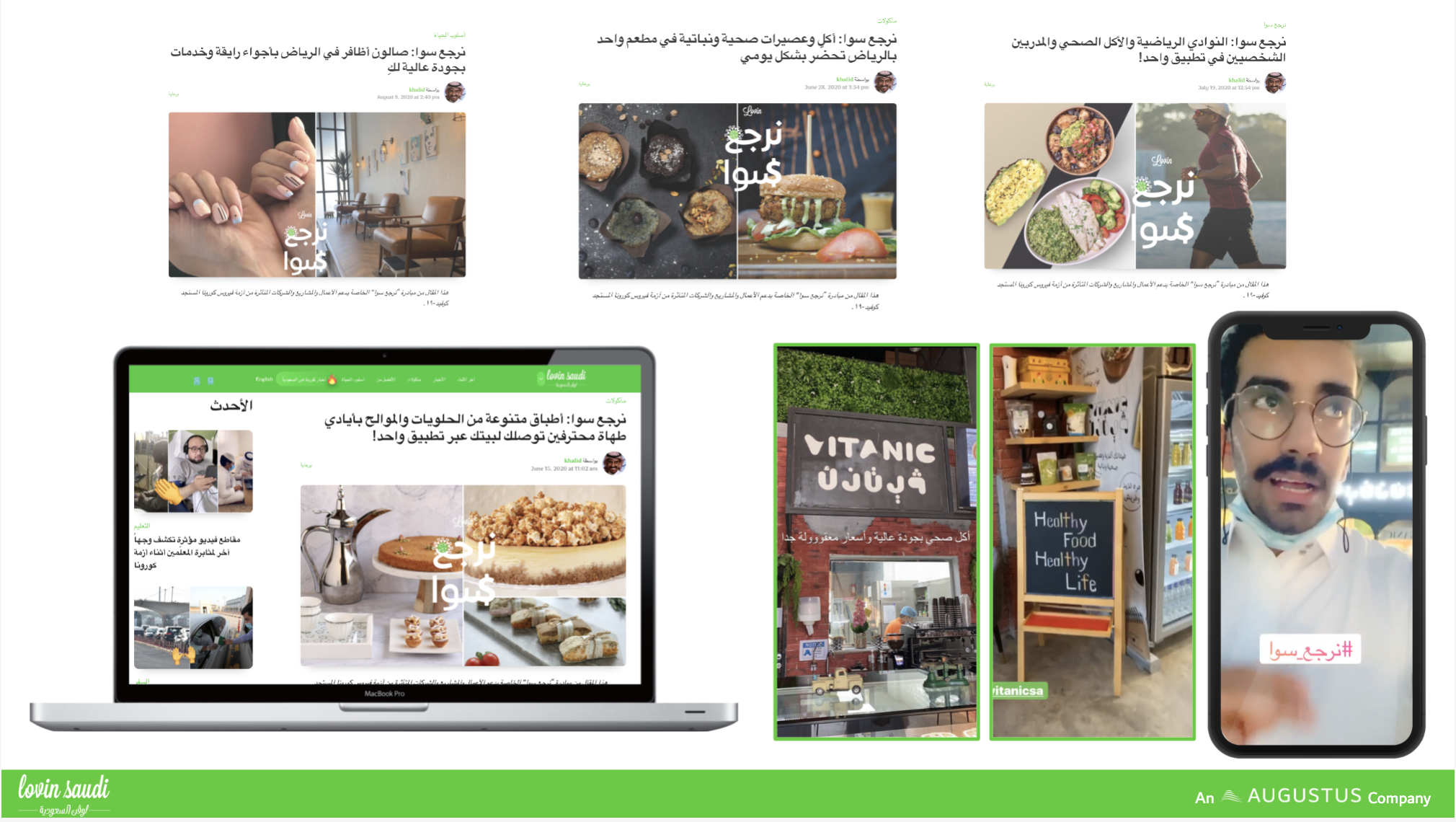 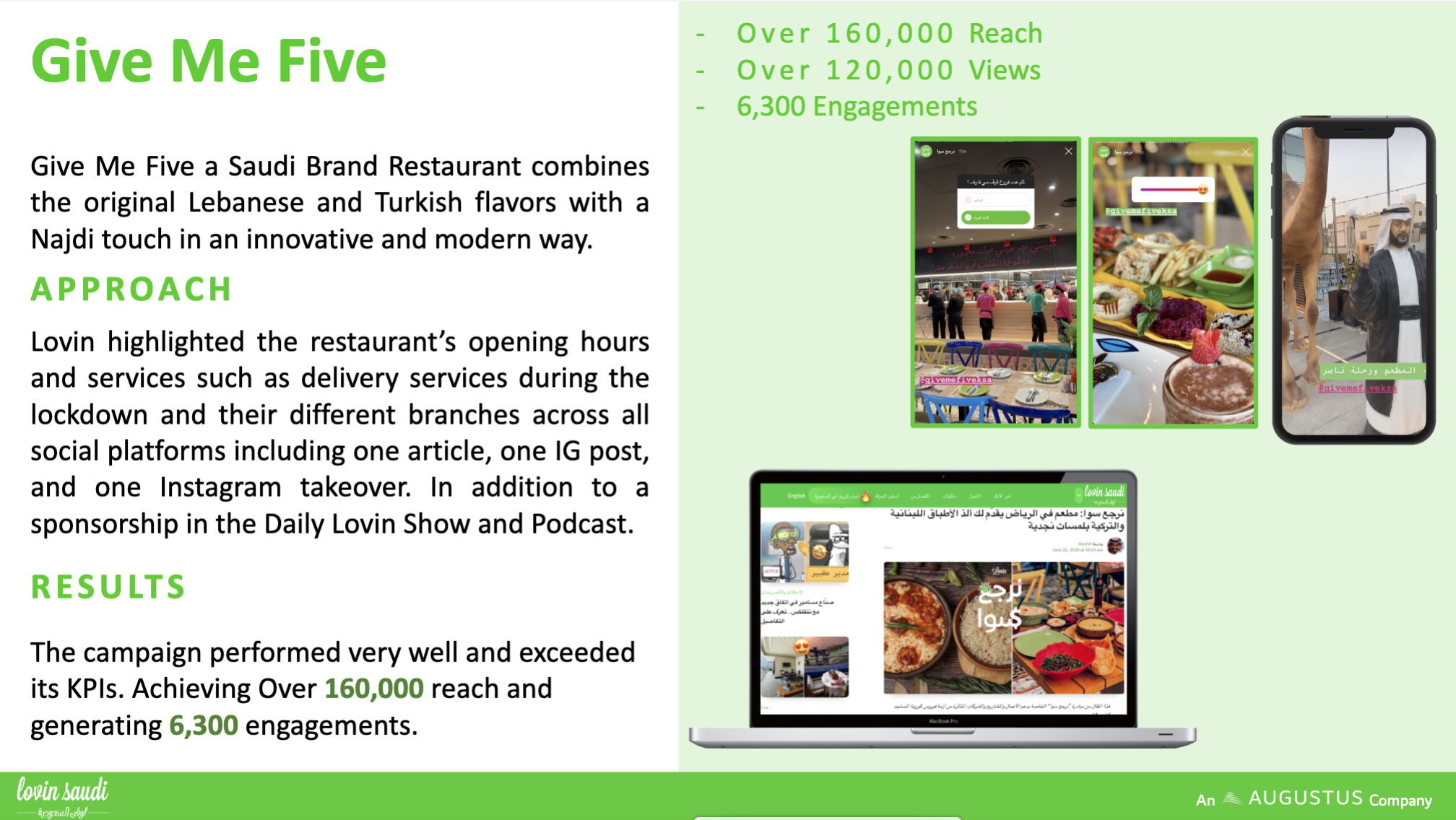 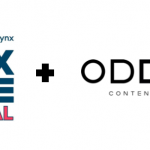 ODEUM & Smashi Team Up With Lynx Live As Production Partners 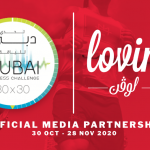