Dubai Food Festival (DFF), the annual festival of food, is back and Lovin Dubai are official media partners this year! Celebrating the culinary capital of the region, the 24-day event will showcase Dubai’s most exciting gastronomy offerings with a city-wide festival of food, from 25 March to 17 April.

Etisalat Beach Canteen will return in Q4 2021 when visitors and residents can all enjoy the city’s new and home-grown restaurants, whilst enjoying optimal weather. The much-loved gastronomy event will return to provide guests with tempting flavours of the city’s continually evolving international and local food scene, with food trucks, pop-up shops and family friendly food events to look forward to.

DFF will entice the most enthusiastic food connoisseur with tempting flavours from all over the world – everything from world famous chefs and global restaurant brands to street food and home-grown restaurants inspired by the over 200 nationalities living here in Dubai.

During this year’s DFF, diners in the city will also be able to try out ‘once in a lifetime’ dining experiences including signature dishes, unique ingredients, masterclasses, chef’s tables, and bespoke dining experiences, in partnership with the city’s best restaurants. Additionally, appearances by celebrity chefs, cooking competitions, one-time only promotions in malls across the city and much more!

For 2021’s edition, we’re looking forward to introducing some brand-new food initiatives to the citywide event, as well as delivering on the festival’s popular annual concepts that tourists and residents in the city have come to know and love.”

Highlights of the 2021 festival will include:

Dubai Restaurant Week (DRW) offers a calendar of exclusive dining experiences in partnership with the city’s best restaurants. With specially curated 3 course dinner or 2 course lunch menus at exceptional prices, the specially curated menus feature the restaurants most irresistible dishes – all at an attractive price that saves customers up to 50 per cent when dining out. This year, diners will be able to choose from a selection of restaurants including COYA, Bread Street Kitchen, Hakkasan, Toro Toro, Nobu, Torno Subito, Buddha Bar, Chicago Meatpackers, Hotel Cartagena, Indya by Vineet, Rockfish, Rhodes W1 and Seafire.

Dubai is dotted with numerous hidden culinary gems, and to celebrate these resident-favourite pocket-friendly eats, DFF will be releasing a list of 32 of the best Hidden Gems in the city. Uncovering the diversity of cuisine in the city through unique, independent and homegrown concepts, culinary fans are encouraged to indulge at the top hidden spots in the city. From Emirati and Indian to American and Lebanese, the variety of cuisine just waiting to be discovered in the DFF Hidden Gems list will provide more than food for thought!

Celebrating the very best of food, Foodie Experiences returns for another year of DFF to deliver unique, one-of-a-kind food adventures with a curated list of Dubai’s most anticipated masterclasses, chef’s tables and experimental dining experiences in unique venues across the city. With more than 20 gourmet experiences to pick from, residents and visitors can choose from a variety of experiences including a desert dining experience with Platinum Heritage, BOCA’s Chef’s Table including an imaginative spanish-influenced tasting menu as well as BOCA’s Paella Masterclass, plus much more!

The classic ‘Dine & Win’ promotion returns for a fifth year, in partnership with Zomato. Spend AED 50 at up to 2,800 participating outlets between 25 March and 17 April to be in with the chance of winning a three-month Zomato Pro membership and the grand prize, a GAC GS3 SUV! The winner will be announced on the 17 April 2021.

Following the success of Home Edition in DFF 2020, shoppers in the city can be in with the chance to win a years’ worth of groceries at selected hypermarkets including Waitrose, Spinneys and Lulu-Hypermarket when they spend AED 250 or more. Winners will be chosen and announced in a raffle draw on 17 April 2021.

Take your staycation to the next level by indulging in a foodcation, at some of  the city’s finest hotels. Enjoy a great stay and amazing food, all in one place. Hotels participating include The Meydan Hotel, Bab Al Shams Desert Resort, Armani Hotel Dubai, Grand Hyatt Dubai, and much more!

To celebrate the annual festival, malls and attractions around the city will be offering exclusive dining deals, experiences and fun for the whole family. Participating outlets include City Walk, Mercato Shopping Mall, The Beach, La Mer, The Pointe and The Dubai Mall. 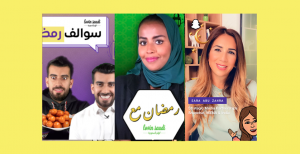 Smashi Is An Official Media Of The Step Anywhere Conference 2021

YOUR EMAIL ADDRESS WILL NOT BE PUBLISHED