Last night I attended The Clash On The Dunes fight with 15,000 other spectators on the purpose-built arena in the historic district of Diriyah last night where Anthony Joshua defeated Andy Ruiz Jnr to retain his title as Heavyweight Champion of the world. There were many more watching the fight online and on box office.

In the sixties in the US, companies like TCI and Teleprompter spend years setting up power cables in towns across the states. Once the service was in place, the TV channels followers. In 1975, HBO – Home Box Office, launched with the Thrilla In Manilla as the first broadcast. The quality was so good, it took off from there.

This was even before satellite accelerated this further. Fast forward 50 years, and we are at the same crescendo again.

We have all been watching shows in pirate streamings sites for about 10 years. Music streaming sites changed behaviour slightly and demonstrated that quality can be paid for, and Netflix has followed on from that.

Much like cable changed viewing habits of terrestrial TV, streaming is doing the same.

The cable leaders of yesteryear, umner Redstone, Rupert MurSdoch, Ted Turner, even OSN and MBC in this region, are not aggressively entering this market. The former selling out most of his FX / Fox content to Disney this year.
It looks like social platforms Facebook and Twitter, while still testing, will stick to highlights rather than full length live sports rights. While many of the organisations themselves have their own offerings, like NBA, UFC and WWE.
There are opportunities for new players, in entertainment, sports, news and other live formats. DANZ has just purchased the Copa Del Ray rights and will take up more and more.
Gary Varnerchuck told me on a recent trip to Dubai that we are in the 2nd Quarter of OTT. We will all have streaming platforms. ‘The big boys are in now’. Referencing the launch of Apple TV+, Disney Plus, and soon to come HBO Max following Netflix and Amazon Prime.
They all do movies and entertainment. Spoke is next. DAZN (Formerly Perform), is leading the way. The quality was well received.

Much like the Thrilla In Manilla on Home Box Office, it wasn’t that the numbers were massive compared with what had gone before, but the produce was better. Streaming was the same last night.

Also shout out to @DAZN_USA for hooking me up with a super quality platform to watch the fight on! Thank you!!!

This is in contrast to the cable/box office issues Sky Sports had for the same fight.

@SkyHelpTeam I have purchased for sky box office app Joshua Ruiz fighter. However, I cannot login and when I state forgotten password nothing is sent to my email. The sky sports box office help is useless as well

While Anthony Joshua may not be the next Mohammed Ali, and streaming will have challenges ahead, we will look back on the fight last night in Diriyah, the Clash On The Dunes in years to come and maybe mark it as a turning point for sports streaming services. 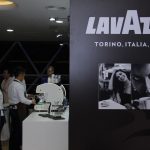 Journalists Are The Unsung Heroes Of COVID-19 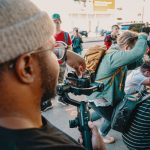